When we think of Advanced Driver Assistance Systems (ADAS), the thought of future “self-driving” automobiles might come to mind. Actually, the truth is these systems have slowly been making their way into mainstream culture over the last few decades. Systems that help you drive most likely are already installed in your daily driver. We often overlook the systems that make our daily drive many times safer and more enjoyable. Here are some ADAS systems that are often overlooked:

This advanced driver assistance technology is especially useful on the highway, where drivers otherwise have to constantly monitor their cruise control systems for safety reasons. With advanced cruise control, a vehicle will automatically slow down or speed up in response to the actions of the car or truck in front of it. Most of these systems automatically shut off below a certain speed threshold, but others can even be used in stop and go traffic.

Adaptive light control systems are designed to help drivers see better and further in the darkness. This advanced driver assistance technology allows the headlights to swivel and rotates to better illuminate the roadway through corners and in other circumstances.

Automatic braking is a pre-crash technology that is designed to reduce the severity of high-speed collisions in the event of a lapse of driver attention. While some automatic braking systems can actually prevent collisions, they’re typically meant to slow the vehicle to the point where less damage is caused and fatalities are unlikely.

Automatic parking systems vary from one OEM to another, but most of them are designed to help a driver parallel park. Some of these systems can actually perform the entire job automatically, and others simply provide advice so that the driver knows when to turn the steering wheel and when to stop.

Blind spot detection systems use a variety of sensors to provide a driver with vital information that would be difficult or impossible to come by through any other means. Some of these systems will sound an alarm if they sense the presence of an object within a blind spot, and other include cameras that can transmit an image to the head unit or another monitor. 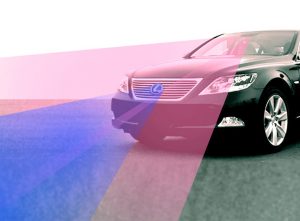 Driver drowsiness or awareness detection systems use a number of different means to determine if a driver’s attention is starting to wander. Some of these systems look for the driver’s head to nod in a telltale motion that indicates sleepiness, and others use technology similar to lane detection warning systems.

GPS navigation systems effectively replace bulky, cumbersome paper maps. These devices are often capable of providing vocal directions as well, which saves the driver from having to actually look at the screen. Some GPS navigation systems also provide live traffic data, which drivers previously had to obtain by listening to news radio stations.

Hill descent control is an advanced driver assistance technology that makes it easier to descend steep inclines. These systems typically work by activating the brakes to automatically slow the vehicle, which works through the same basic mechanism that allows ABS, TCS, and other technologies to function. Some hill descent control systems allow the speed to be modified via the cruise control system, and they can typically be overridden by pressing either the brake or the accelerator.

This advanced driver assistance system depends on a variety of information to help a driver maintain a legal speed. Since these systems monitor the current speed and compare it with the local speed limit, they only function in certain areas. 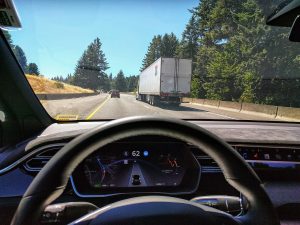 Lane departure warning systems use a variety of sensors to make sure that a vehicle doesn’t leave its lane accidentally. If the system determines that the vehicle is drifting, it will sound an alarm so that the driver can take a corrective action in time to avoid hitting another car or running off the road. Lane-keeping assistance systems go a step further and are actually capable of taking small corrective actions without any driver input.

Night vision systems allow drivers to see things that would otherwise be difficult or impossible to make out at night. There are a number of different implementations, all of which can be broken down into the categories of active and passive. Active night vision systems project infrared light, and passive systems rely on the thermal energy that emanates from cars, animals, and other objects.

Tire pressure monitoring systems provide the driver with information about the inflation level of each tire. Since the only other way to find out tire pressure involves getting out of the car, getting down on the ground, and physically checking each tire with a gauge, this represents a huge increase in convenience.

So instead of waking up one day and being able to buy a self driving car, what we have seen has been a slow adaptation and acceptance of all the small parts of driving a vehicle safely. Slowly over time we accept the technology in the cars we drive everyday, until a day comes when you are in the market for a car, and a fully self driving vehicle is available to purchase. 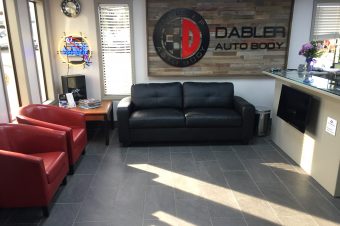 The following article was published by Autobody.com News Staff in June 2017, you can view... Read More 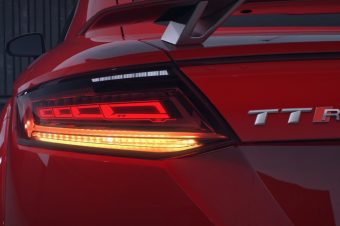 When it comes to driving your car, we want to keep you safe. There’s no... Read More 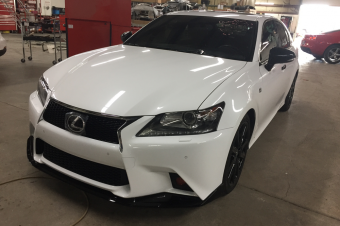 Surprisingly, the most energy intensive steps in automotive manufacturing and auto body services are the... Read More 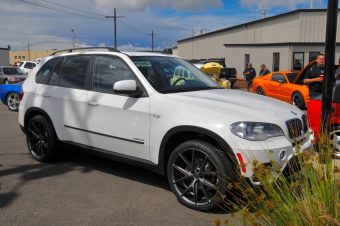 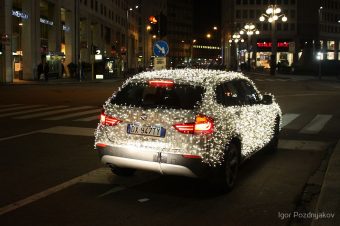 Ever get tired of just putting lights on the tree and the house for the... Read More